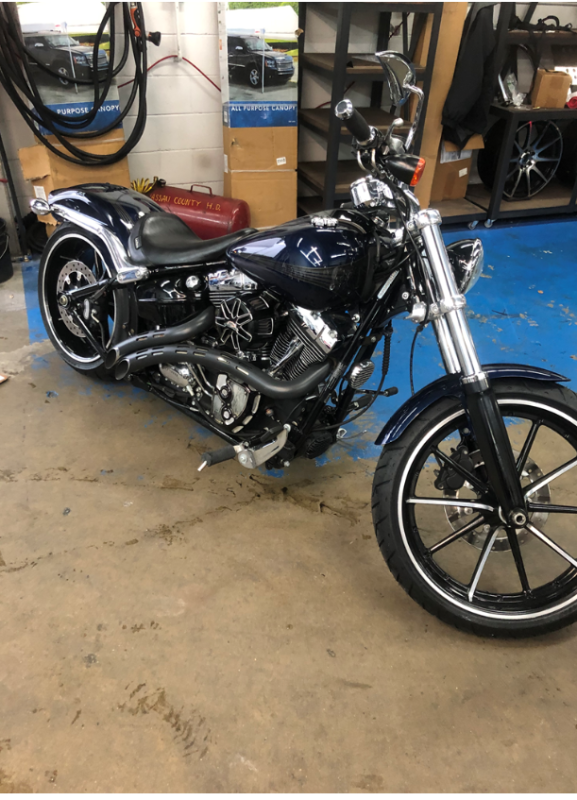 I could swear I heard it growling at me. “C’mon. What’re ya waitin’ for? Let’s hit the road, sister!” The Harley-Davidson FXSB Breakout that impatiently sat before me was striking—a serious study in black and chrome. But mostly black.

The kicked-out front end gives the Breakout a long, low and aggressive stance

The Breakout was revealed the first night of Daytona Bike Week 2013, a little more than six months after the introduction of its blingier brother, the 2013 FXSBSE CVO Breakout. The FXSBSE was the first new-model CVO that spawned a new non-CVO model, rather than the other way around. But the Model Year 2013.5 Breakout is most definitely not an afterthought, with the CVO and standard production engineers in collaboration from the get-go. When the CVO Breakout was introduced, Harley-Davidson Styling Manager Kirk Rasmussen explained, “We begin by stripping the bike down to the bones and building up from there.” One could say that the “building up” of the new Breakout stopped short of extravagance, but still includes enough high-end touches to firmly establish it as one of the premium models in the Softail line.

The FXSB shares many of the same features as its CVO precursor, such as the 96.3” length and 67.3” wheelbase, four-piston single-caliper front brake and two-piston floating rear, 5-gallon fuel tank and primary drive, and six-speed gear ratios. On both models, the license plate bracket has been moved to hang off the left rear fender strut, with the turn signals doubling as tail and brake lights. This, in combination with the seriously-chopped low-clearance rear fender that exposes a huge swath of the fat rear tire, gives the Breakout its “I-mean-business” bearing.

In keeping with the Breakout’s lean lines, the speedometer sits low on the riser clamp

There are, however, some major differences. The Breakout is powered by a 103” Twin Cam, as opposed to the 110” powerplant that drives the CVO models. But the compression ratio is a peppy 9.8:1 rather than the CVO’s more civilized 9.2:1. That said, fuel economy suffers a bit with the Breakout, with a 42 mpg rating (the CVO is rated at 45). The Breakout reaches peak power fairly quickly; maximum torque of 95.5 ft/lbs is attained at 3000 rpm, compared to the CVO model that takes 3500 rpm to reach its max torque of 112 ft/lbs (Note that Harley measures power at the crankshaft and not at the rear wheel, so don’t get overly excited by these statistics. Dyno shootout kings should probably knock off at least 20 percent to arrive at more realistic numbers.)

The CVO’s rake is 37 degrees, while the standard Breakout has been reduced to 35, however, the triple tree clamps are angled to kick out the forks two degrees, thereby maintaining the 5.7” trail. Furthermore, the suspension valving was adjusted and the oil tank redesigned to give the rear tire more room to travel. Our Harley contact claims these tweaks were intended to make the Breakout’s handling more manageable.

Cosmetic details are subtle, yet snazzy, with our model’s glossy Vivid Black paint also applied to the new oil tank, fork lowers, handlebar, headlight bucket, brake rotors, and various other parts, complemented by just enough chrome strategically placed on the upper forks, fender struts, air cleaner, exhaust, and other components. The intent of the muted tone is to highlight the drivetrain and the tires, and that effect is achieved nicely.

Exclusive to the Breakout are the gear-shaped, glass-filled emblems on either side of the tank, adding to the visual statement of toughness and power. A low-profile chrome cover tops the tank itself, finished with a black molded leather strip continuing down to the junction of seat and tank. And to carry on the low-profile look, set nearly flush against the handlebar riser is the analog speedometer, which includes push-button digital readouts for odometer, dual tripometer, clock, and fuel range.

Harley-Davidson® of Nassau County assumes no responsibility or liability for any errors or omissions in the content of this site. We do not warrant that this site and any information or material downloaded from this site, will be uninterrupted, error-free, omission-free or free of viruses or other harmful items.

Harley-Davidson of Nassau County assumes no responsibility for any errors or omissions in the content of this site. We do not warrant that this site and any information or material downloaded from this site will be uninterrupted, error-free, omission-free or free of viruses or other harmful items. 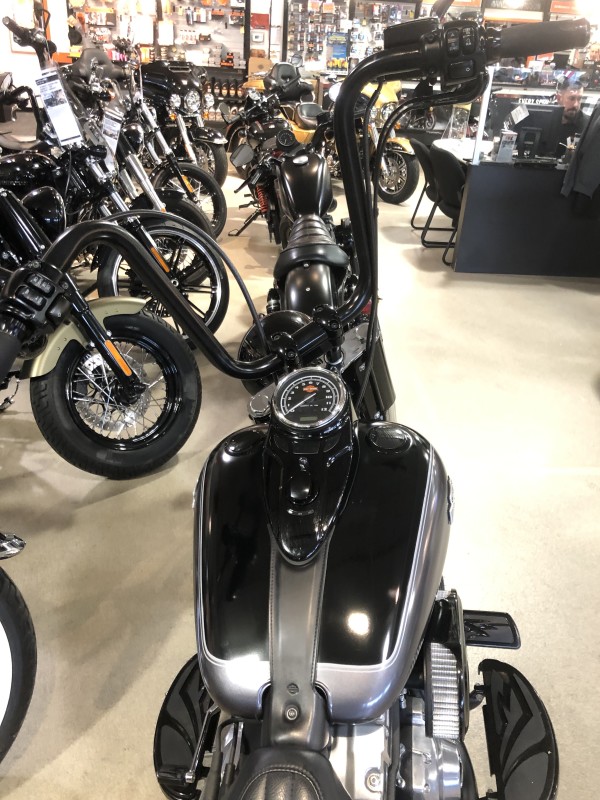 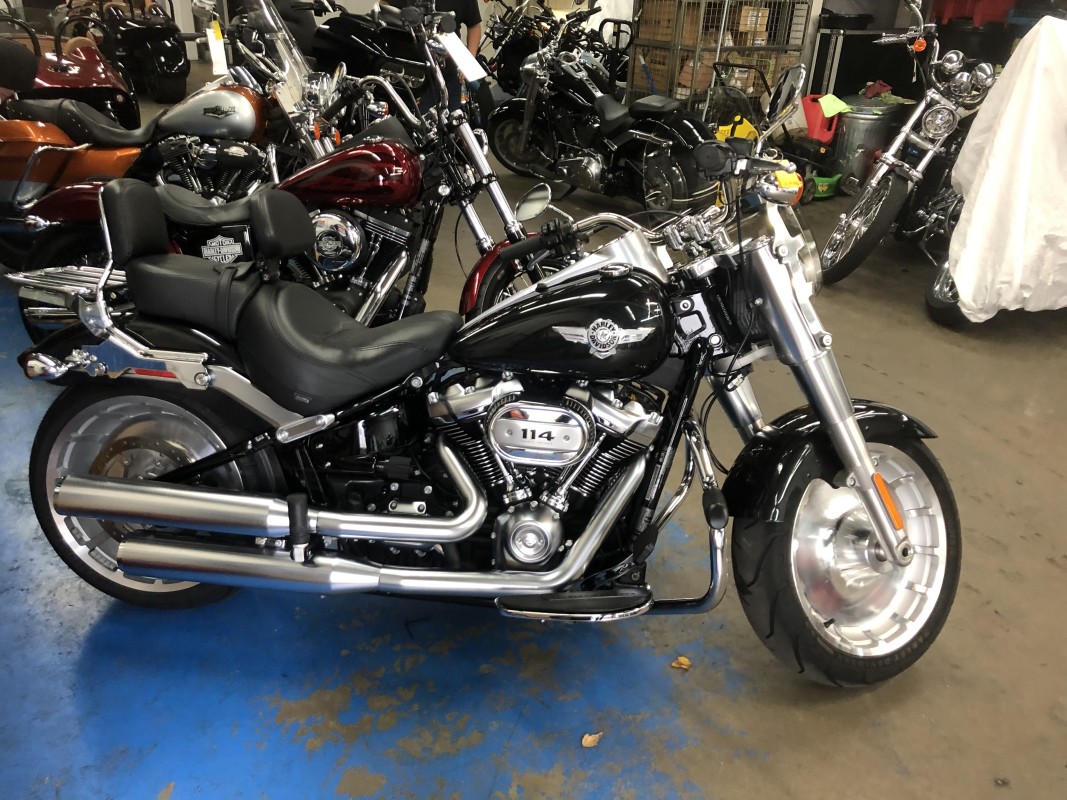 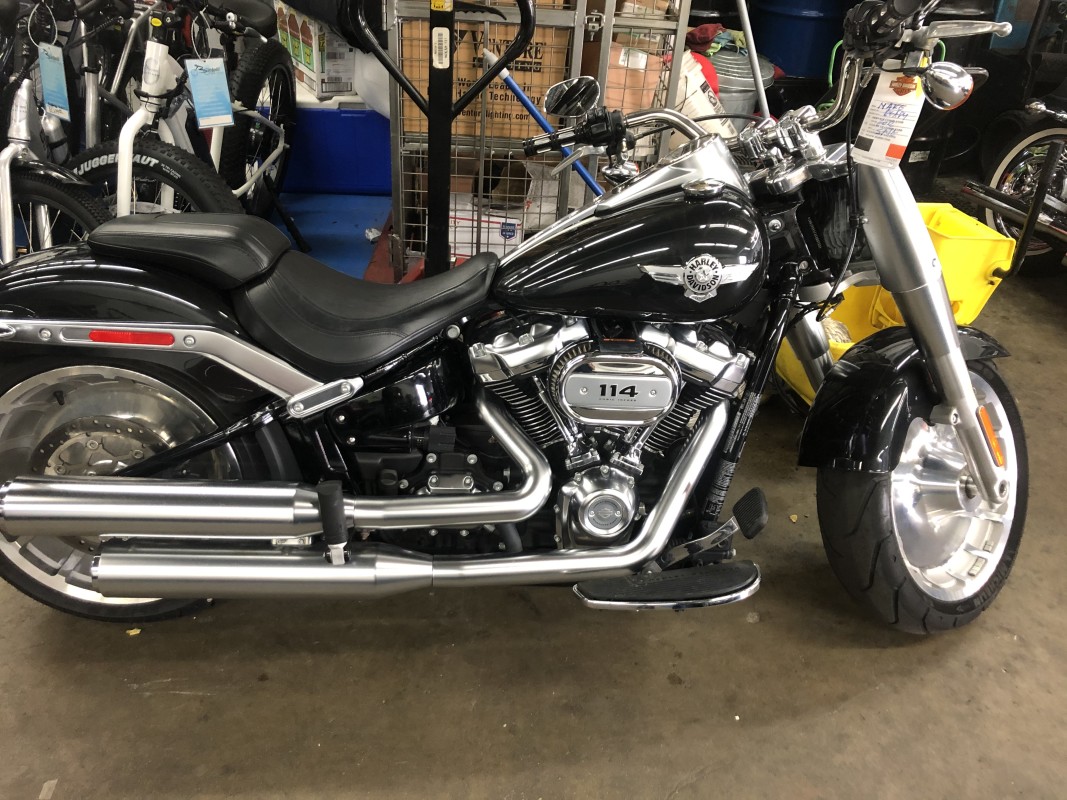 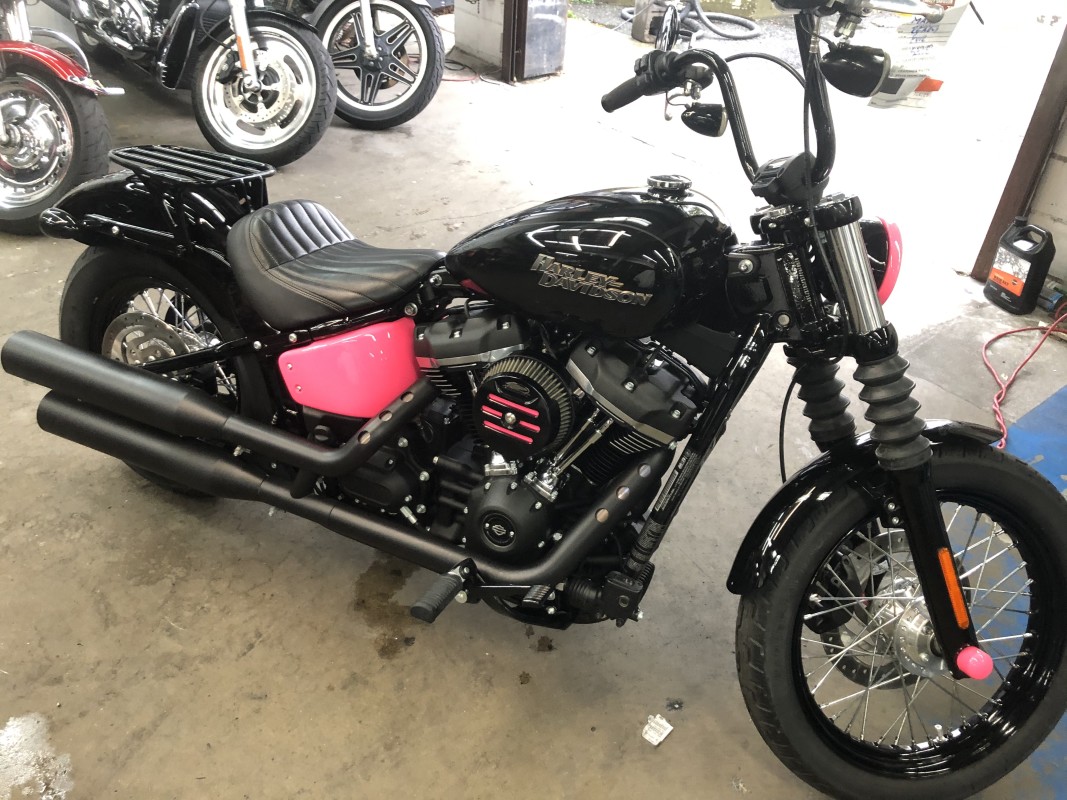 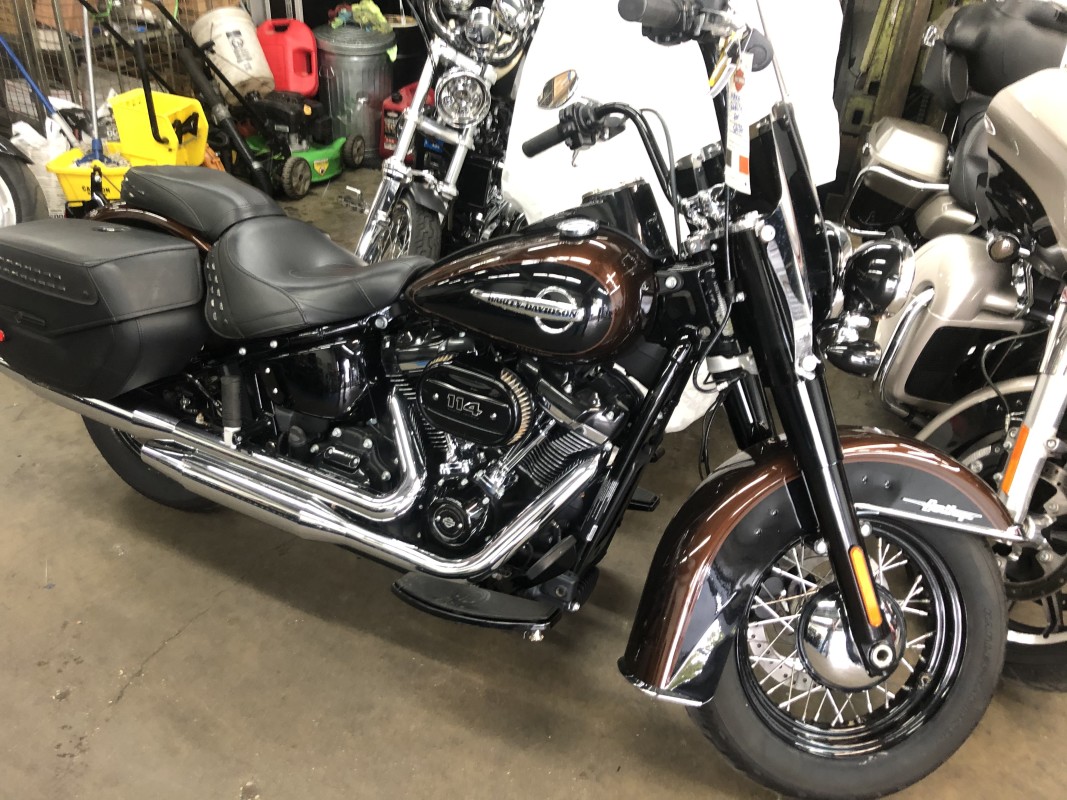 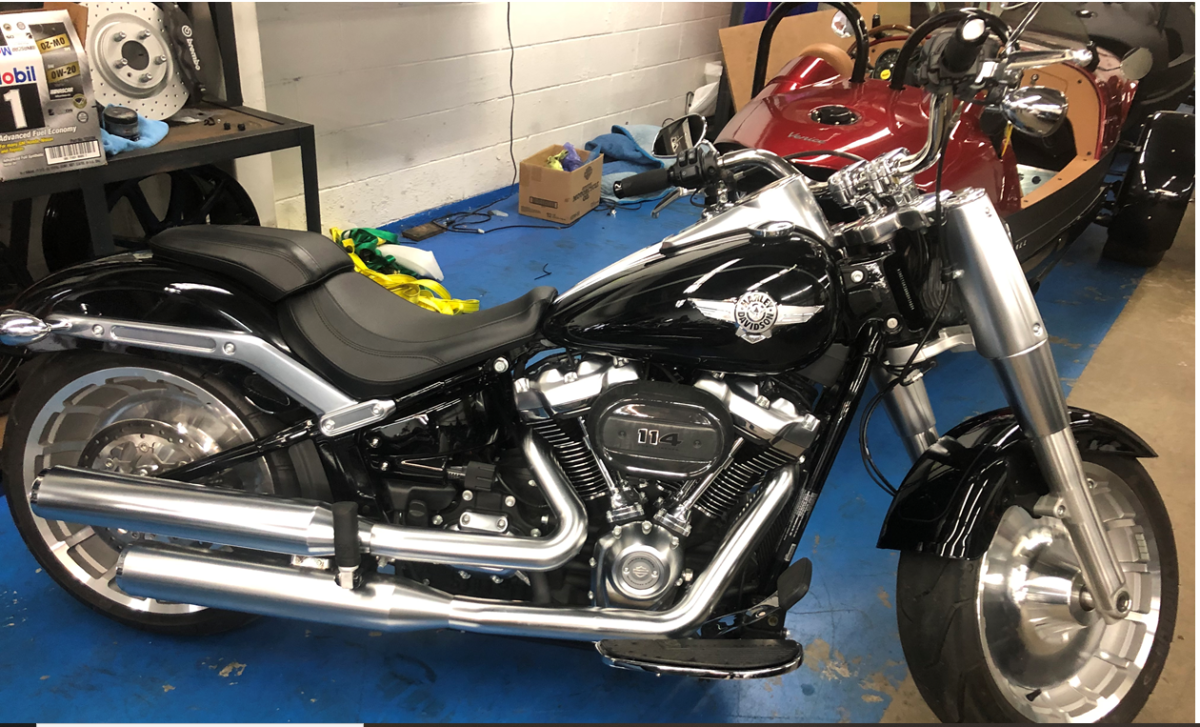