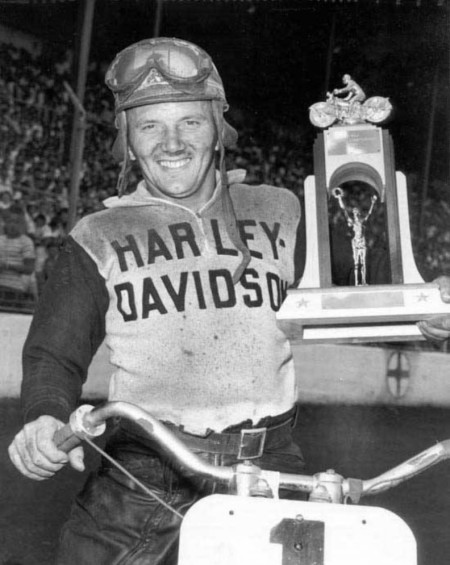 Jimmy Chann set his record time of 11 minutes and 18 seconds at the 15-Mile Championship in Milwaukee on August 27, 1949. This was the second year in a row that he won the Championship. It was also a week after he won his third 25-Mile Championship in Springfield, Illinois. Chann was a very successful rider to race for Harley-Davidson. He raced for Harley-Davidson in the 1940s and early 1950s. During that time, he won several national championships and set numerous records. In 1953, he was seriously injured during the Daytona 200 and his career ended shortly thereafter.